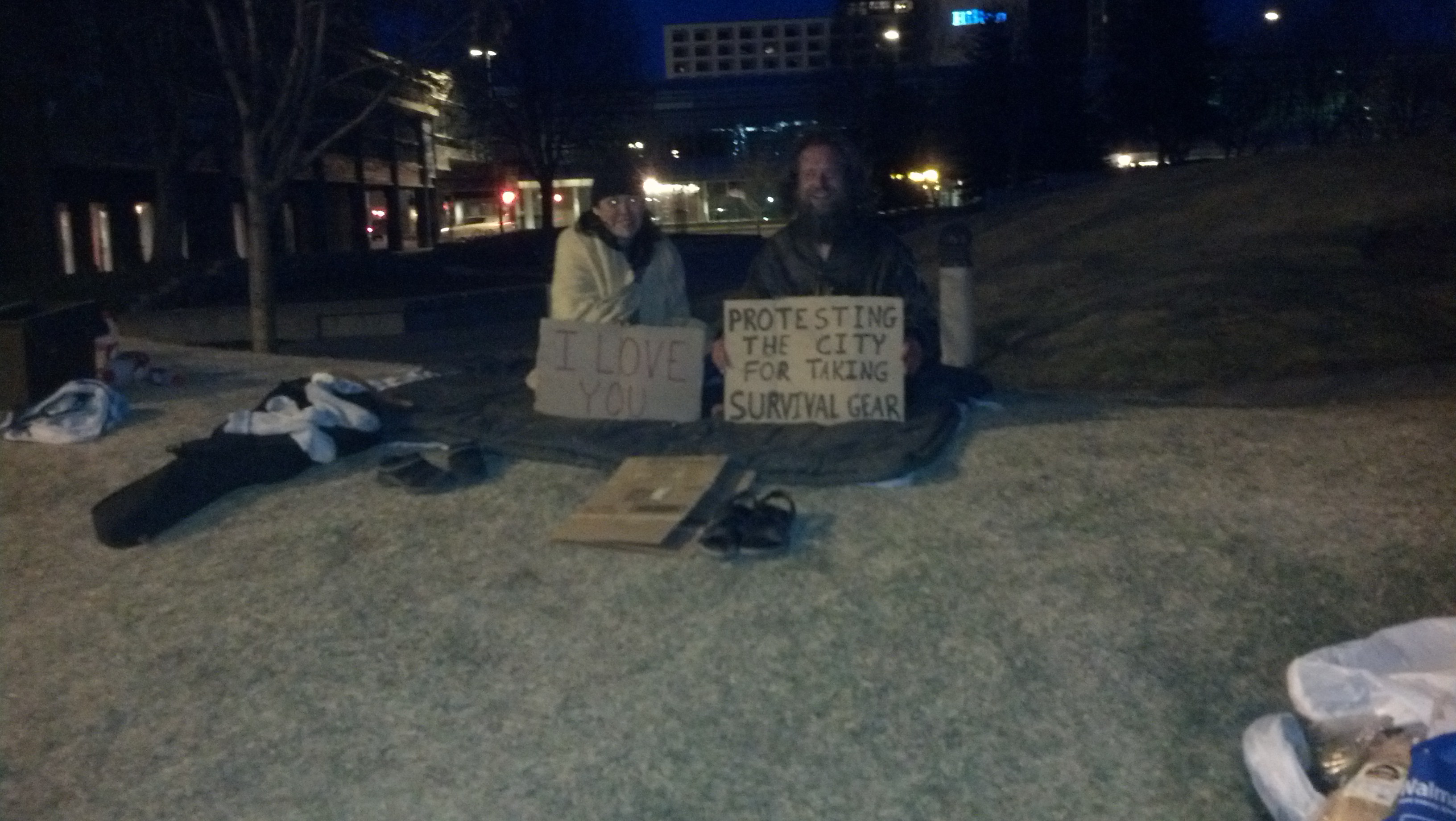 Night 9 was John and Margie’s second. With rain in the forecast, we prayed for shelter, and a tarp appeared! A visitor stopped by to share and pray, then drove by half an hour later to drop off two nice blankets and a tarp. John and Margie had taken the evening off, and by the time they returned at eleven, I had strung up the tarp between three trees and a stake. No trouble from the police.

Woke up to a steady rain pit-pattering on the tarp. Now there’s even snow in the forecast! We talked some more about what message to paint on the tarp, and seem to be settling on “Christian Revolution”.

Which is exactly what I’m trying to achieve! A Christian revolution in Alaska; fundamental changes in the socioeconomic situation; a society where “Give to anyone who asks” is a core value; leadership that serves God and not money; disciples who “give up everything that (they) have” valued instead of persecuted.