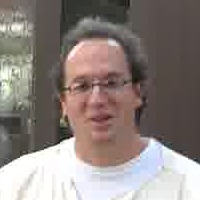 After studying physics in college, I spent over a decade teaching and programming computer systems, primarily networks. I initially developed freesoft.org to be a source of freely available Internet engineering information, and have participated in the development of numerous free software projects. Recently, I've returned to my academic roots in mathematics and physical sciences, and my spiritual roots in Christianity. God led me to Alaska, where I have been advocating a Christian Revolution.

New Year's Eve 2012 found me in a Fairbanks church where a woman communicated a message from God: "Finish what you started." I don't know how. I haven't got a clue. After a month in the Fairbanks Rescue Mission and another month at a friend's place in Juneau, I returned to Anchorage. In May, John Martin joined me for a week and a half long sit-in in Town Square that produced no media coverage and ended when the police arrested us and confiscated all of our possessions. Well, not everything. We've still got the audio recorder that captured John's beating in the Anchorage jail. Police Raid Christian Revolution

In early 2012, I gave a series of sermons for Occupy Anchorage, but Occupy was dead by this point and there was no bringing it back. I traveled around Alaska a bit and tried to organize some summer electronics classes at villages along the Yukon, but that fell through and I eventually flew down to British Columbia to meet my mother, who was traveling across the country in her R.V. After visiting a college friend in California for two months, I returned to Alaska on the day before Thanksgiving, having experienced a profound spiritual revelation that Occupy failed because I hadn't been listening to God at a crucial moment. My Confession

I enjoyed the winter of 2010-11 living a short walk from the Pacific Ocean in Haleiwa, on the North Shore of Oahu. By late spring my money had run out and I spent the first part of the summer homeless in Hawaii. I was enraged at the local Christians for abandoning me in a homeless camp and at first refused to do any work. Eventually I completed my novel. Feeling lost, I prayed for guidance and had dreams about Alaska, so I flew there with a plane ticket that I bought on a credit card. Once in Juneau, I obtained a small sound system and began preaching in Juneau Marine Park on Sunday afternoons. I felt guided by God to travel further into Alaska, and even though all signs pointed to Anchorage, I instead flew to Fairbanks in early November. There I joined the Occupy political opposition, and traveled to Anchorage in early December. Icarus' Wing

In February 2010, I attended FFT10 (a harmonic analysis conference) at the University of Maryland, College Park, video recorded the lectures and prepared the on-line video conference proceedings. I continued my school work, as well as my paid work on the Wavelet Auditory Model, but by fall was feeling deeply unsettled. Taking inventory of my life, I decided that the main thing I wanted to accomplish was to finish my novel with its themes of Christianity, capitalism, democracy and revolution. With this end in mind, I wrapped up work on the contract and, with the money I had saved, left for Hawaii the day after Thanksgiving. Wavelet Auditory Model

In February 2009, I attended FFT09 (a harmonic analysis conference) at the University of Maryland, College Park, video recorded the lectures and prepared the on-line video conference proceedings. I released version 1.2 of Hoffman in February and would release version 1.3 in November. In the summer, I wrote some code for the KNJN Saxo on Linux and began work on a federal government contract to develop the Wavelet Auditory Model, a mathematical model of the human ear, that John Benedetto had proposed some fifteen years earlier. In the fall, I enrolled in college classes as well as hiring a group of students to work on the WAM contract. FFT09

While a member of the chessgames.com World Team, I began development of Hoffman, an open-source chess endgame analyzer. I attended the DARTII differential algebra workshop at Rutgers University and developed a simple software tool to aid visualization of polynomial roots.

I traveled through Mexico, Belize, Guatemala from February through October, demonstrated a hydraulic ram for a local office of SEMERNAP (roughly the Mexican equivalent of the National Park Service) and prepared a DVD describing its design and construction. I also enhanced the rfbproxy program to provide an open-source method for capturing screen sessions and converting them to MPEG videos (screencasts).

I built a hydraulic ram, a water pump that does not require electricity, relying instead on the energy of moving water to lift a percentage of it to a higher altitude. I became interested in this technology after my stay in a part of Mexico without electricity and made a series of videos documenting the theory, design, and construction of a hydraulic ram. Hydraulic Ram

I taught briefly at a Catholic boarding school in Mexico in the spring before returning home to Maryland. In June, I released a new version of xoscope, a digital storage oscilloscope for Linux and contributed a driver to COMEDI for the Quatech DAQP-208/308 data acquisition card. xoscope

I spent the spring semester as a permanent substitute teacher at Washington and Lee High School, Arlington, VA, during which time I wrote one of my best essays. Christianity and democracy in Les Miserables

I developed software for intermediate foreign language students that facilitates continuous reading in Spanish by placing hyperlinks on every word in a Spanish document, triggering a lookup in a Spanish-English dictionary when the words are clicked. Spanish reading software

I wrote a two-part essay exploring the design of a 10.5 GHz microwave radar circuit, and explaining how freely available software from Cray can be used to analyze it. Guardian Alert: How it works

University of Maryland Baltimore County (part-time while in high school)

Brent Baccala can be reached on the Internet as cosine@freesoft.org.